Fighting To Save Salatiga's History 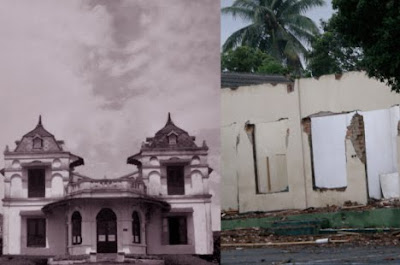 It is indeed a sad affair. In many places where I visit or live overseas cities and towns do not have appeals because they have malls, flashy buildings, or "ruko". It is how the people value their history. From the Flinders St. station in Melbourne to various castles built in 1100's in Switzerland I really admire the will of their people to respect and preserve their past.

Fighting To Save Salatiga's History

In the 1930s and ’40s, the Dutch buildings that lined the streets of Salatiga, Central Java, were iconic of Indonesia’s fight for independence — that is, of course, only when they were set on fire.

Back then, torching hotels and office buildings was a way of sending the Dutch colonialists a clear message: Get out!

The people of Salatiga today have no one to drive out and no reason to burn down the beautiful buildings that the Dutch left behind. In fact, members of the community are now fighting the government to protect the very buildings that their ancestors sought to destroy.

(Welcome ...)
I started this website in tribute to my lovely hometown. Please share the photos and provide proper credits to the owners. Thanks for visiting.
Anindita W. - May 2007.
Çrir Astu Swasti Prajabhyah - Be happy, all the People!